The day of reckoning is upon us. It’s been a long time coming. It was a year and two days ago that I first contacted Dustin Anderson (who engineered and mixed the album) about recording these songs.

Fast forward 367 days, and the limited edition hand-made copies of “The Streets Will Turn to Streams” are finally available for you to enjoy. You can make your way over to the shop to pick up a copy or four.

I thought it might be appropriate to share a few pictures of the process of this past year, but before we go down that road, I owe you all a sneak peak of another song from the album. This one is called “Swim Until It Takes,” and it contains the lyric that became the title of the album as well.

I’ve tried to explain this song a bunch of times in a bunch of different ways, but usually I don’t make a whole lot of sense when I do that (although I’m sure I’ll keep trying anyway). So I’ll say this instead—almost every song that I play, there is some sort of restless energy inside of me that causes me to stand on my tip-toes through the entire performance. When I play “Swim Until It Takes,” I feel a freedom to sing it flat-footed.

On to the pictures: 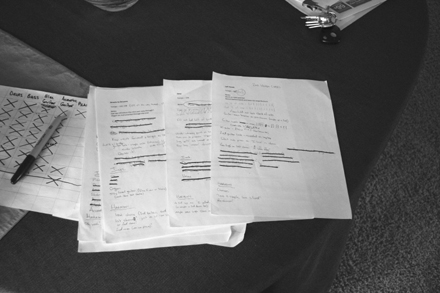 These are my notes, half-typed and half-scribbled, that I would review after leaving the studio each day. 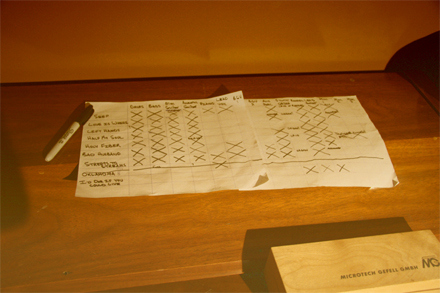 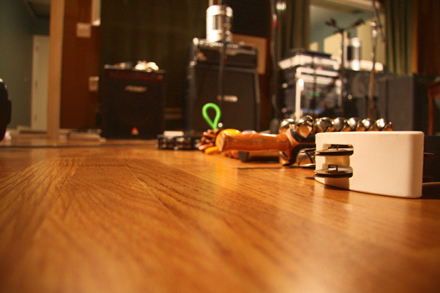 I don’t know how to play the drums, except for the imaginary drums where I just wave my arms around and make horrifying noises. But I do really like to hit things that jangle, and these were a few of my favorites. 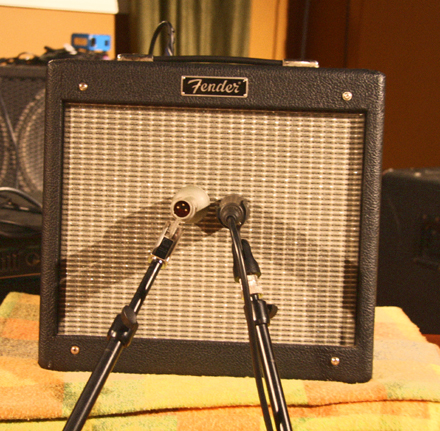 Dustin is so good, he doesn’t even need to plug all the mics in. 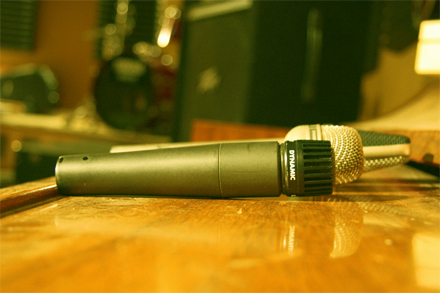 A Shure SM-57, something else, and a Gefell something or other. I only know one and a half out of three. Shoot. 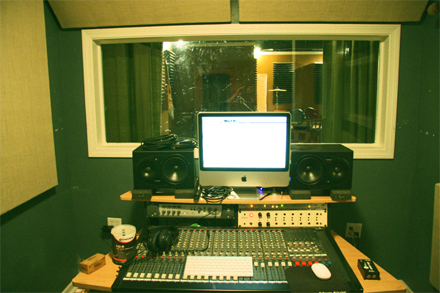 We recorded in an abandoned-YMCA-racquetball-court-turned-recording-studio. It was awesome. Except for the time that those maintenance guys flipped the power breaker to the entire building. Also, since it is now a studio, we didn’t actually get to play any racquetball.


At the start of September, my wife and I took our covered wagon from Grand Rapids, Michigan all the way down to Nashville, Tennessee. We are now adults, as you can see by the fact that we now own a washer and a dryer. 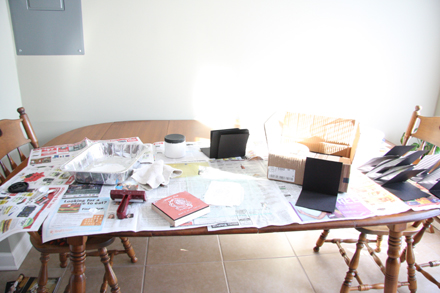 While Dustin got started mixing the album back in Grand Rapids, I got busy working on these hand-made cases. I counted it up the other day, and I worked with 11 different vendors/individuals/companies/designers to get these cases finished. Yeesh, that’s more work than I bargained for. 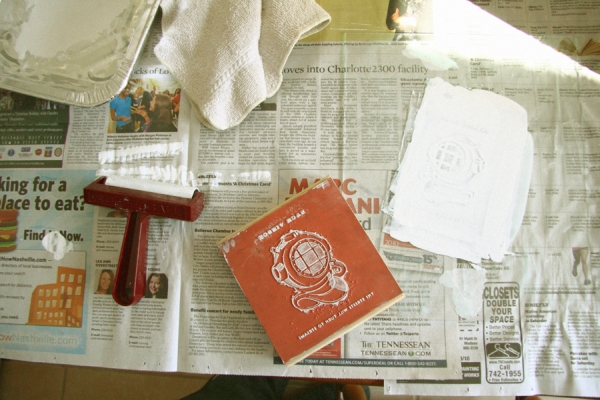 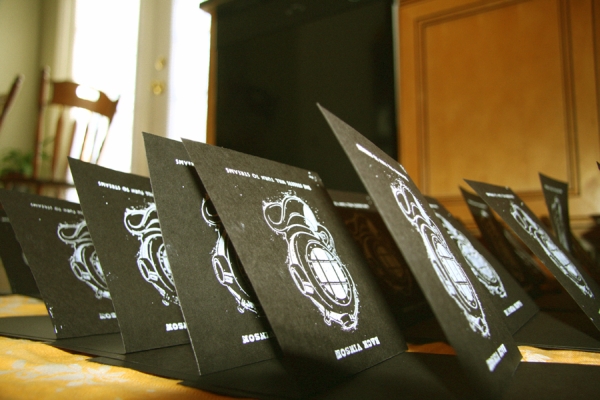 The hand-stamped front of the artwork. 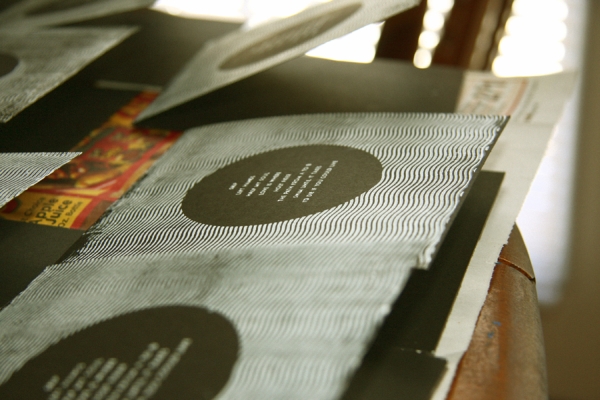 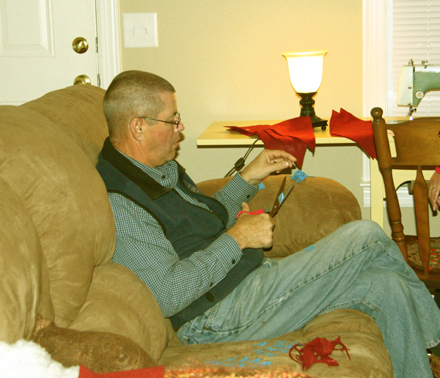 My parents came for a visit somewhere along the way, and being the gracious son that I am, I put them to work as slave labor for a weekend. My mom resurrected our ancient sewing machine, and my dad managed to cut out 100 pairs of Z’s and V’s that look EXACTLY the same. It’s uncanny. 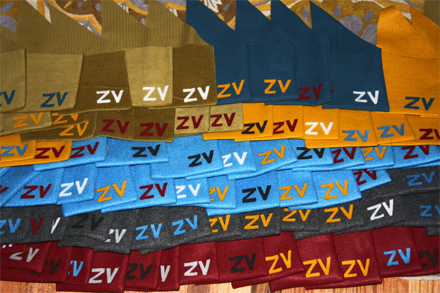 Somewhere along the line, I learned how to sew (I use that term very loosely). 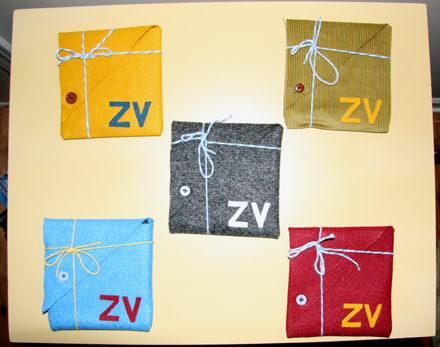 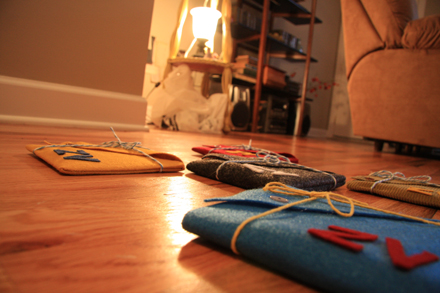 Now they’re all finished, and they live on my floor. Except that I moved them after I took this picture.